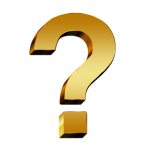 Two good questions here. First one, ‘How do we decide God will keep  his promise?’ – simple answer is that we don’t!

God is the one who makes the promise so he is the one who decides when he will deliver. That said, what about God’s character suggests to you that he doesn’t keep his promises?

But I take it that is not what is meant by the question. I assume you are asking more in line with the second question, ‘How do we know what God’s promises are?’

The answer to that is by looking at the promises. As we read through the Bible there are lots of promises (sometimes called covenants) and they show themselves every time God says he will do something. Sometimes those promises are repeated in some form and to later people, so they tend to be promises that readers of the Bible pay more attention too, and some are promises that seems important just for the immediate recipient of the promise.

A significant covenant, for example, is when God famously made promises to Abram in Genesis 12:1-3 – ‘Leave your country, your people and your father’s household and go to the land I will show you. I will make you into a great nation and I will bless you. I will make your name great and you will be a blessing. I will bless those who bless you and whoever curses you I will curse and all the people of the earth will be blessed through you’.

You can see there are quite a few promises there just in three verses (I have put them in italics). We know they are significant promises because they are somewhat repeated in Genesis 15 and 17. In fact if you went further and looked at Moses (Ex 6:2-5), David (2 Sam 7), Jeremiah (31:31-34) you will see those promises restated and other elements are added to them.

For us, now much further down the historical timeline, we are in the privileged position to see that God has kept his promises – we can see that in Joshua, Abraham’s people move into the land that was promised. By the end of end of Genesis and beginning of Exodus, Abraham’s people have become both a great nation (so numerous) and have a great name (famous). By the end of Exodus we can see that Abraham’s people we both a blessing to other nations (like Egypt) and also a curse because other nations (like Egypt) had treated God’s people so badly (and God cursed them as promised). And then if you keep reading through the Bible you can also see those promises played out in the rest of salvation history.

Probably most helpfully, we can also see how those promises are fulfilled for Israel (Abraham’s people), the other nations, and now us, in Jesus.

I can tell you, he is good for his word.